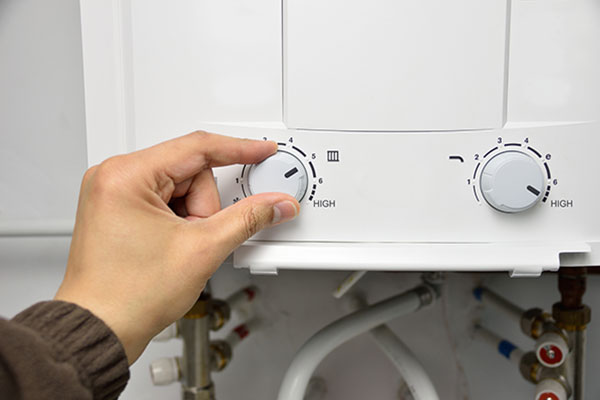 “Tankless water heaters, also known as on-demand heaters, will provide hot water only as it’s needed. Because the water is heated as it’s used, a tankless model doesn’t produce the energy loss associated with traditional heaters, which must keep the water hot until used.

Tankless heaters can produce hot water only at a given flow rate, usually 2–5 gallons per minute. (Generally speaking, gas-powered heaters produce a higher flow rate than electric ones.) When there’s only one water source running, this usually isn’t a problem. However, if you’re running multiple water flows at the same time, each of them will be slowed down.

Heaters take up much less space than tanks — often about as much as a typical electrical breaker box. They’re considered better for the environment because they last longer and don’t produce a rusty tank that will eventually end up in a landfill.”

Perhaps the biggest issue for people wanting to purchase a tankless water heater is the cost. In some cases they may be twice as expensive as a traditional water heater with a tank. However, the cost difference will pay for itself over time as you’ll see lower utility bills. If you only need hot water out of one or two sources, tankless water heaters are a great choice.

Water heaters should only be installed by qualified professionals. At Apple Valley Eagan Appliance we install both tankless and tank water heaters. Call us at 952-953-0080 or visit our water heaters page to learn more about or installation and repair service.

Covid-19 pandemic putting a strain on dishwasher use

Getting your AC ready for the summer

Preparing your heating system for the fall and winter seasons