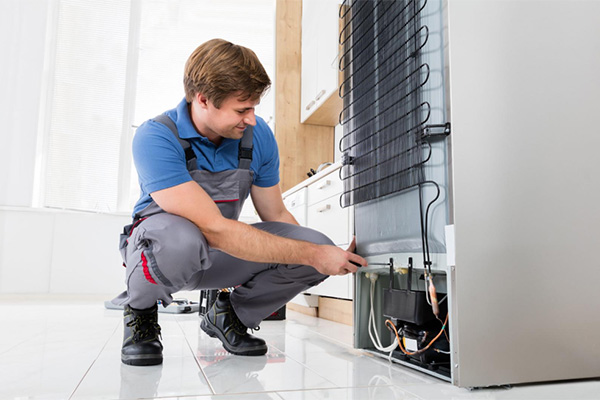 “FOX 46 is getting results for victims who say they were ripped off by a refrigerator repairman. Our series of investigative reports on John Jackson, Attorney General Josh Stein is taking the alleged scammer to court.

After half a dozen customers who say Jackson took their money for appliance repair jobs and never finished the work.

“Repeated texts and calls were unanswered, but I was relentless in trying to get a hold of him,” said George Carroll.

We did, and we will. If the judge rules in favor of Stein’s lawsuit, Jackson will have a restraining order against him, and will be banned from doing repair work in the state of North Carolina.

The lawsuit could also result in civil penalties and more importantly restitution for victims, and attorneys’ fees.”

Read about this story here.

One woman recounted how this man took a blowtorch to the back of her fridge and melted wires as a “fix”. What makes individuals do such awful deeds is truly a mystery. How they expect to continue to get away with it is even more baffling.

If you want the job done right, you should always verify a business’s credentials and reputation first. Our many 5-star reviews are a testament to the way we treat each job and client. Call us at 952-953-0080 or visit our appliance repair page for more information on our services.

Why 2020 might be a big year for AC replacement

Get a 2nd or 3rd opinion on replacement furnace cost