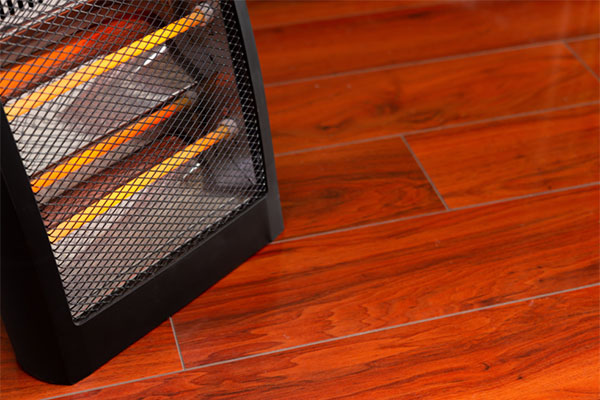 “A malfunctioning space heater caused a five-alarm apartment fire that killed 17 people and injured dozens in a New York City neighborhood earlier this month. In the wake of the tragedy, officials warn about the dangers of relying on a space heater to keep a home warm. Police say the heater was likely running for several days before it ignited the blaze. Portable heaters aren’t uncommon in low-income housing complexes, where heating units often don’t provide sufficient warmth. These heaters are affordable and don’t take up much room, but they come with significant risks, and winter is the most dangerous time to use a space heater. Almost half of home heating fires happen in December, January, and February, according to data from the National Fire Protection Association (NFPA), and it’s a leading cause of fire death.

More than half of home and apartment fires happen when heating equipment is left too close to mattresses, clothing, and furniture. Space heaters are often to blame for home fires, but they aren’t the only contributor. Home fires are also commonly caused by people failing to clean chimneys which contain highly flammable residue that can easily catch fire. Water heaters, fireplaces, and central heating systems can also cause fires.”

Space heaters really should be used only as a backup for certain locations in your home that your traditional heating system might not adequately heat. Yes, they are a cheap investment but can also use a lot of energy leaving you with a high electric bill for the winter. Instead of putting a bandaid on your HVAC system, consider getting an inspection or maintenance plan.

The professionals of Apple Valley Eagan Appliance offer tune-up services to residents in the Twin Cities metro area. If you need to maximize efficiency of your heating system call us at 952-953-0080 to schedule an appointment!

The rationale behind regular HVAC maintenance and service

When temperatures plummet, technicians get busy